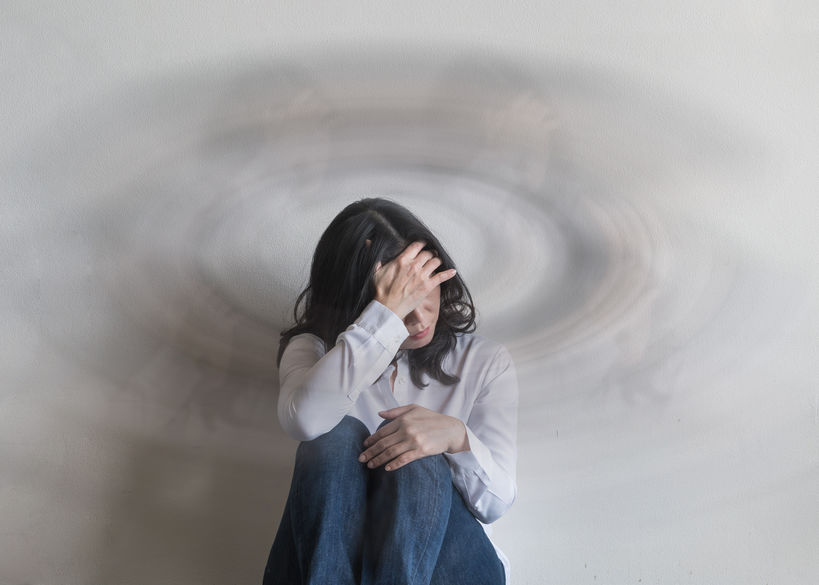 Some people describe a balance problem by saying they feel dizzy, lightheaded, unsteady, or giddy. This feeling of imbalance or disequilibrium, without sensation of turning or spinning, is sometimes due to an inner ear problem.

A few people describe their balance problem by using the word vertigo, which comes from the Latin verb “to turn.” They often say that they or their surroundings are turning or spinning. Vertigo is frequently due to an inner ear problem.

What is Motion Sickness and Sea Sickness?

Motion sickness or seasickness is usually just a minor annoyance and does not signify any serious medical illness, but some travelers are incapacitated by it, and a few even suffer symptoms for a few days after the trip.

Your sense of balance is maintained by a complex interaction of the following parts of the nervous system: The inner ears (also called the labyrinth), which monitor the direction of motion, such as turning, or forward-backward, side-to-side, and up-and-down motions, the eyes, which monitor where the body is in space and also directions of motion, the skin pressure receptors such as in the joints and spine, which tell what part of the body is down and touching the ground, the muscle and joint sensory receptors, which tell what parts of the body are moving, and the central nervous system (the brain and spinal cord), which processes all the bits of information from the four other systems to make some coordinated sense out of it all.

They symptoms of motion sickness and dizziness appear when the central nervous system receives conflicting messages from the four other systems. For example, suppose you are riding through a storm, and your airplane is being tossed about by air turbulence. But your eyes do not detect all of this motion because all you see is the inside of the airplane. Then your brain receives messages that do not match with each other. You might become “air sick.”

Or suppose you are sitting in the back seat of a moving car reading a book. Your inner ears and skin receptors will detect the motion of your travel, but your eyes see only the pages of your book. You could become “car sick.”

Or, to use a true medical condition as an example, suppose you suffer inner ear damage on only one side from a head injury or an infection. The damaged inner ear does not send the same signals as the healthy ear. This gives conflicting signals to the brain about the sensation of rotation, and you could suffer a sense of spinning, vertigo, and nausea.

If your brain does not get enough blood flow, you feel lightheaded. Almost everyone has experienced this on occasion when standing up quickly from a lying down position. But some people have lightheadedness from poor circulation on a frequent or chronic basis. This could be caused by arteriosclerosis or hardening of the arteries, and it is commonly seen in patients who have high blood pressure, diabetes, or high levels of blood fats (cholesterol). It is sometimes seen in patients with inadequate cardiac (heart) function or with anemia.

Certain drugs also decrease the blood flow to the brain, especially stimulants such as nicotine and caffeine. Excess salt in the diet also leads to poor circulation. Sometimes circulation is impaired by spasms in the arteries caused by emotional stress, anxiety, and tension.

If the inner ear fails to receive enough blood flow, the more specific type of dizziness occurs, that is, vertigo. The inner ear is very sensitive to minor alterations of blood flow and all of the causes mentioned for poor circulation to the brain also apply specifically to the inner ear.

A skull fracture that damages the inner ear produces a profound and incapacitating vertigo with nausea and hearing loss. The dizziness will last for several weeks, then slowly improve as the normal (other) side takes over.

Viruses, such as those causing the common “cold” or “flu” can attack the inner ear and its nerve connections to the brain. This can result in severe vertigo, but hearing is usually spared. However, a bacterial infection such as mastoiditis that extends into the inner ear will completely destroy both the hearing and the equilibrium function of that ear. The severity of dizziness and recovery time will be similar to that of skull fracture.